“The system represents the pinnacle of aerial camera systems for film work. It is, the best of the best. It consists of an array of six Epic Dragon cameras, which, when combined creates super high resolution frames.

It’s most commonly used for VFX by combining 36K of image data per frame to create really wide angle panoramic shots. There’s only one of these systems in the world so we have to ship it all over the place and it’s in LA at the moment.” 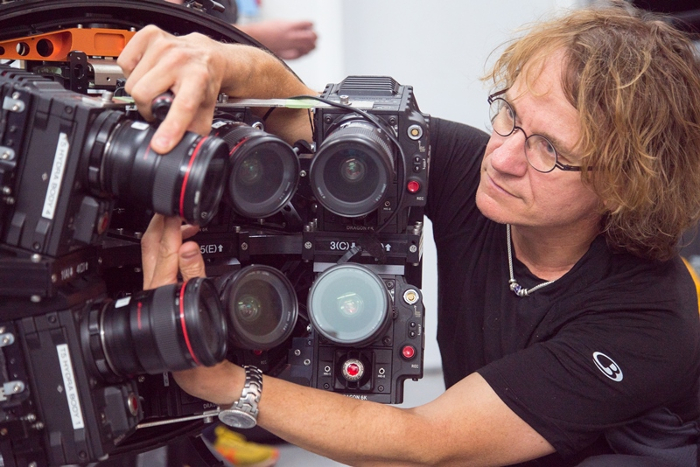 The article mentions that the use of the Shotover Hydra multi camera array came after Alien: Covenant (and long time Ridley Scott collaborator) Director of Photography Dariusz Wolski asked the company to look into the use of the equipment.

Head on over to if.com.au and check out the article in it’s entirety. Be sure to keep checking back with Alien vs. Predator Galaxy for all your latest Alien: Covenant news.