With the 30th Anniversary of Aliens this month, the legendary Hong Kong manufacturer Hot Toys have last week revealed a new figure in their line-up – an Alien Warrior, based around the ridged head xenomorphs from James Cameron’s Aliens. Standing at 35cm high, the figure comes with an extendable inner jaw, xenomorph blood parts and a bendable tail as well as a special diorama stand. Its newly crafted body perfectly replicates the intricate details of the Xenomorph Warriors from the movie. 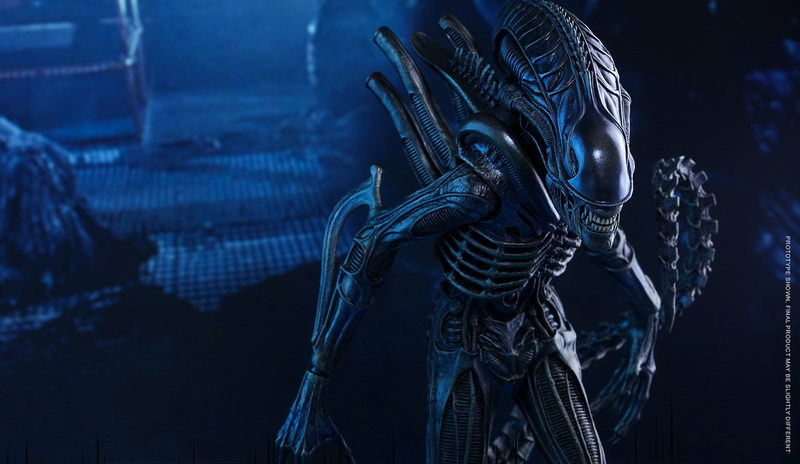 The Alien Warrior will be first available at the Toy Sapiens shop in Tokyo, Japan on April 26th – the date of the Aliens 30th Anniversary and then the figure will start shipping some time in the third quarter of 2016. The figure can be preordered for $249.99 (£175) from Sideshow Collectibles. Stay tuned soon as Hot Toys will finally announce their 1/6 Scale Ripley figure on April 26th too.