“Battling demons from her past while fighting for her life, Colonial Marine Private First Class Zula Hendricks, in the company of Weyland-Yutani synthetics, is forced to question her strength and loyalty when the discovery of an insidious alien species on a derelict hauler sends her on a dangerous journey across the stars.” 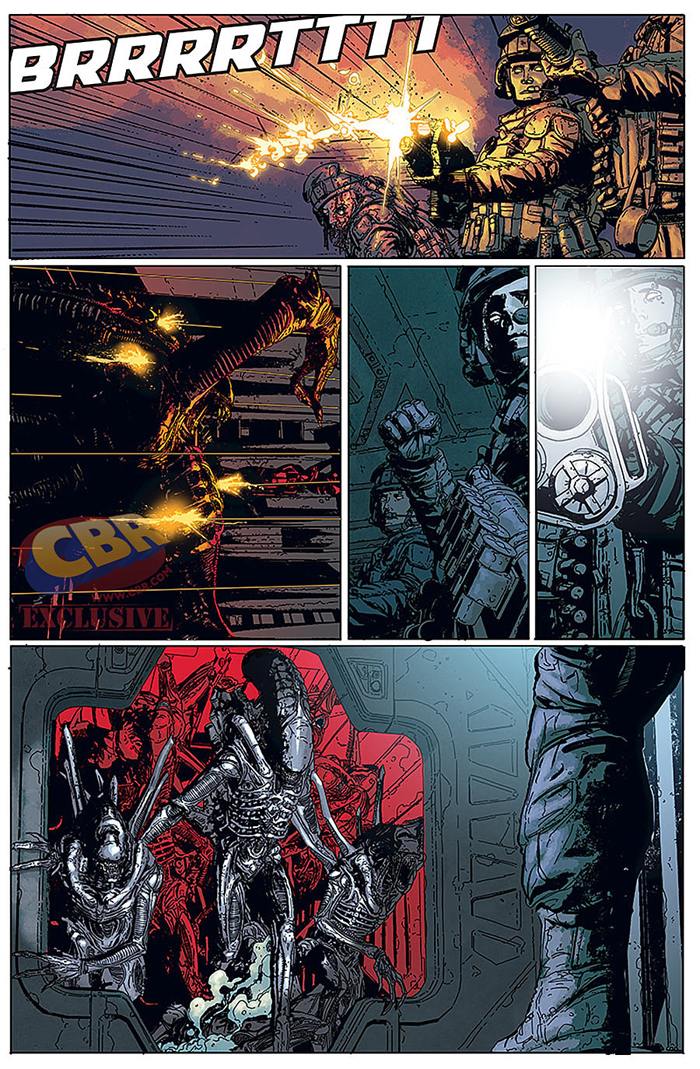 Our first look at the full coloured interior artwork of Aliens: Defiance #1 via Comic Book Resources.

In related news, Aliens: Defiance writer Brian Wood was recently interviewed by Dynamic Forces where he talked about the origins for the series and about the main character, Zula: “She is a young woman, a Colonial Marine who’s fallen on hard times.  Barely out of training, she suffers a terrible injury that requires constant physical therapy and a back brace to move around.  She’s barely out of her teens and her career seems over.  Then this mission comes along, a sort of a second chance, even though she might not see it that way right now.

I always wanted to write a Colonial Marine, but not an 80’s action movie gung ho one like we saw in Aliens, but one closer to the veterans I work out with at my gym, a walking wounded type.  I think Zula will be a ground breaking character in that respect – not only a person of color, but a young person with disabilities.”

Thanks to Ultramorph for the news!