Shane’s Black Predator 4 is The Predator! I’m sure we will all have seen the news circulating around the various news outlets following the post of an image on the official Predator Facebook page. We opted to wait for confirmation of this being an announcement of the title prior to posting the news.

Less than an hour ago Collider posted their article about the image, confirming with Shane Black himself that Predator 4 is now known as The Predator:

“The official Predator Facebook page unveiled a promo poster touting, “Here we go again, bro,” with the poster’s tagline reading “You’ll Never See Him Coming.” Folks noticed that in red on the poster were the words “The Predator,” leading us to wonder if that’s the title of this new Predator movie. We reached out to Black himself who confirmed that, barring any other ideas, The Predator is the current title of the film.” 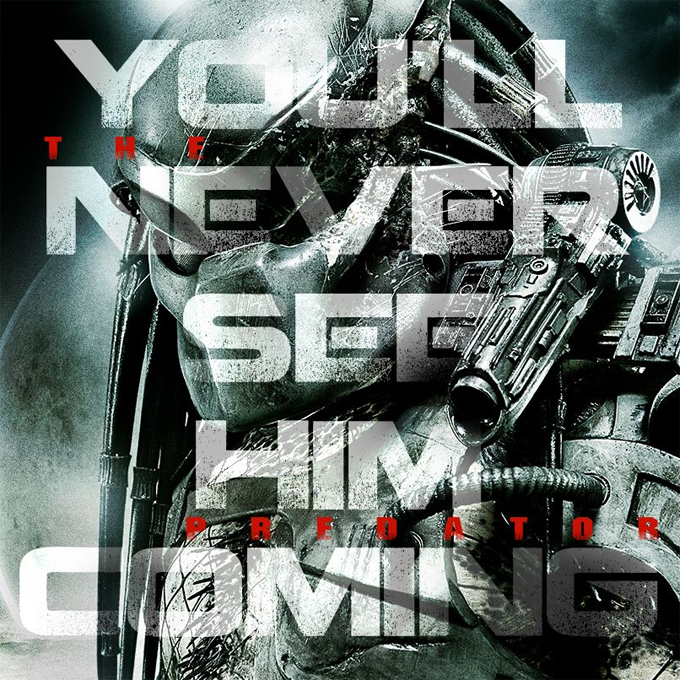 Shane’s Black Predator 4 is The Predator

It is important to be aware of the fact that the image itself is a promotional image from Predators not a teaser of the upcoming film’s suit. As has been pointed out, the tagline “You’ll never see him coming” is a reference to the cloaking technology that is synonymous with the Predators but also to another film written by Shane Black, Iron Man 3.

Last week Fred Dekker also posted a cryptic message on his own Facebook page relating to The Predator – “I cannot say where I was this morning, or what I saw, or what we talked about. But if you are a PREDATOR fan? One word: YES.” It would seem that things on the new Predator sequel are definitely moving forward!

Thanks to everyone who e-mailed in about the poster and thanks for your patience while we waited on confirmation.