Danny McBride in talks for Alien: Covenant according to The Wrap. The Wrap (and confirmed by The Hollywood Reporter) is reporting that they’ve learnt that Danny McBride, an actor best known for his comedic roles, is currently in talks to star alongside Michael Fassbender and Katherine Waterston in Ridley Scott’s Prometheus sequel, Alien: Covenant.

“Following a hilarious run as Kenny Powers on HBO’s “Eastbound & Down,” Danny McBride is preparing to move from comedy to sci-fi, as he’s in early discussions to co-star in Ridley Scott‘s big-budget blockbuster “Alien: Covenant,” TheWrap has learned.

The film is a major coup for McBride, as not only will it allow him to show off more of his range as a performer, but he’ll also have a chance to work with Scott. Like the director, McBride is a true cinephile, and the duo are said to have hit it off while discussing old movies.” 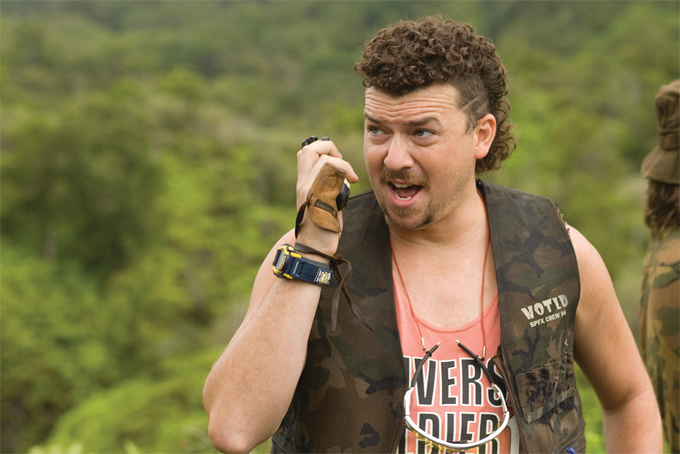 Danny McBride in talks for Alien: Covenant. He is best known for his comedic roles such as Tropic Thunder.

McBride is well known for his roles in within the comedy genre such as This Is The End, Tropic Thunder, Pineapple Express and the well received Eastbound and Down. It is also worth pointing out that James Cameron also made such a comedy actor for Aliens with the casting of Mac McDonald, Paul Reiser and Bill Paxton.

Thanks to Gazz and Joel Foster for the news.