“I asked if Noomi Rapace, who was in his film Prometheus (from which Covenant follows), would be working with him in Australia and he said no. ‘We’re still casting the main roles,’ he said.” 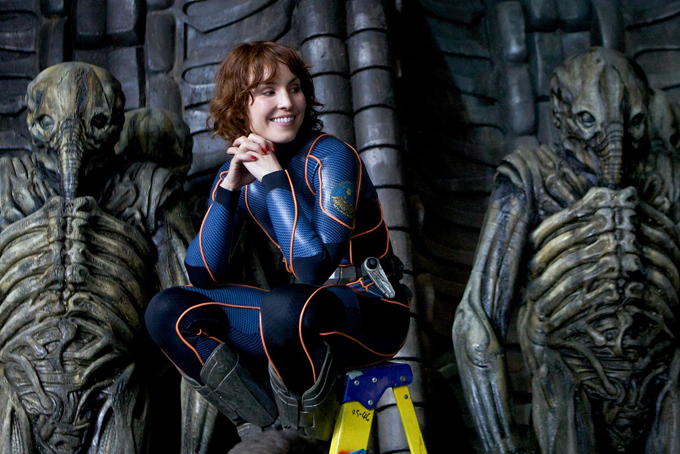 According to an article from the Daily Mail Noomi Rapace will not appear in Alien: Covenant

Neither Rapace nor her character Elizabeth Shaw were mentioned in the initial story details provided about Alien: Covenant which lead to speculation she would not be appearing. It was only Scott’s comments that dispelled that rumour. When talking about Alien: Covenant back in November Ridley Scott had said that Noomi Rapace would be appearing the Prometheus sequel but “only appear briefly.”

In addition to the news about Noomi’s disappearance from Alien: Covenant, the Daily Mail article also mentioned that Ridley had nearly completed his Ridleygrams (a nickname given to the extensive storyboards that Scott has a tendency to do) for the film: “He’s already got most of the film drawn in his own very detailed storyboards that enable him to visualise every shot before shooting actually begins.”

Thanks to wmmvrrvrrmm for the link to the original article.