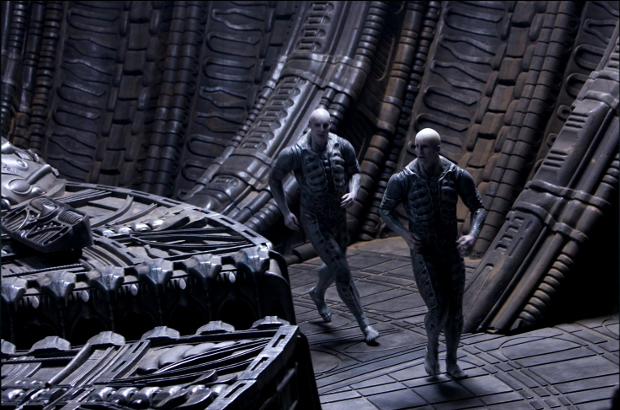 Casting for Alien: Covenant has begun and the call asks for people who are “skinny & very tall or skinny & very short but strong and very physically agile.” Picture is from behind the scenes of Prometheus.

The first Alien, Bolaji Badejo, was notoriously tall and skinny and James Cameron was also known for casting gymnasts for his creatures in Aliens. Also of note is that the age range and stature request is quite varied as this could imply a wide variety of creatures – young and old Engineers? Less developed Aliens? Perhaps even new creatures as seen in the comic series Prometheus: Fire and Stone?

The last we heard Alien: Covenant is slated to start filming in April with an October 2017 release. Are you in Australia and planning on auditioning? We’d love to hear from you and see how the audition went!