Janty Yates talks Alien: Covenant & Prometheus costume design in a new interview with Collider. Janty Yates is a long time collaborator of Ridley Scott and worked alongside Ridley Scott for his 2012 return to the world of Alien and science-fiction with Prometheus. She also worked with him again in this year’s immensely successful The Martian and will continue in that capacity for Alien: Covenant. 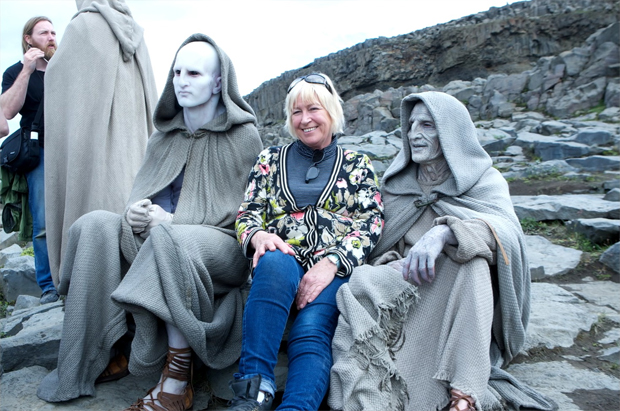 Janty Yates also stated that Alien: Covenant takes place 10 years after Prometheus, placing it around 2103/04. Yates mentions that their first “roundtable meeting” regarding Alien: Covenant was at the end of August but that officially prep work on the Prometheus sequel began a few weeks ago. Yates also said that shooting would commence in April.

The Alien and Prometheus related talk commences at about 13 minutes into the interview. She also talks about her role as a costume designer and her work on her other movies. You can find the whole interview over at Collider.