NECA Predator Series 15 has been officially announced. Following on from a few teases for #Prednesday on NECA’s Twitter account, their official website has been updated with the announcement of NECA’s latest Predator series:

“Series 15 features even more action figure debuts from the 2004 movie Alien vs. Predator. The assortment includes our first-ever Ancient Predators, Warrior and Temple Guard, as well as a new masked version of the fan-favorite Scar Predator. We’ve paid close attention to detail to make these as accurate to the movie as possible.

Each has over 30 points of articulation and comes with character-specific gauntlets, armor, weapons, trophies and other accessories. As an added bonus, the hands, gauntlet blades and cannons are removable and compatible with all AvP Predators.” 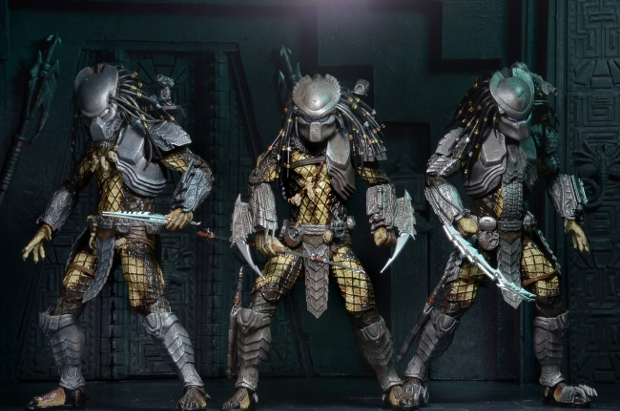 NECA Predator Series 15 will see the release of more Predator figures based on Paul Anderson’s Alien vs. Predator. Following on from Series 14, where we saw the initial trio of main Predator characters, Series 15 brings us a masked version Scar (the unmasked version is available in Series 14) and the introduction of 2 Ancient Predators shown in the flashbacks: Warrior and Temple Guard. 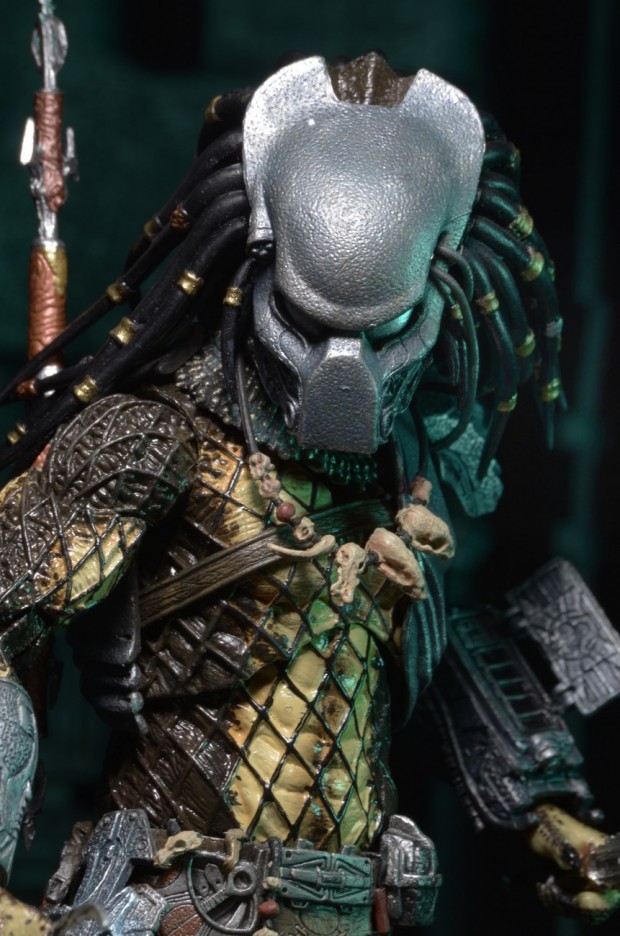 NECA also confirmed via Twitter that Series 16 will continue the re-makes of the Kenner Predators that they have been producing lately. At some point after that we will also see the release of an Elder Predator from the end of Alien vs. Predator.

NECA Predator Series 15 is due for release April 2016. Series 14 should be in stores from today.