NECA Aliens Series 7 has been announced. Series 7 sees the first release (for NECA’s line) of the Aliens from Paul Anderson’s Alien vs. Predator with the Grid Alien and a generic “Warrior Alien”. That’s not all though, there’s an extra special surprise for this series:

“Series 7 includes the long-awaited release of brand new figures from Alien vs Predator, which are the perfect companion pieces to our currently available AvP-based Predator figures. The Warrior Alien and Grid Alien feature over 30 points of articulation and bendable tails, and stand over 9” tall.

Also in this series is our very first concept figure based on the original prototype suit for the “Big Chap” Alien in the 1979 movie. H.R. Giger originally had the suit cast in a translucent flesh-tone but, in one of the many technical hurdles that had to be overcome to bring his creature to life on screen, repeated difficulties with the material forced the change to the coloring seen in the movie. The figure features 25 points of articulation and bendable tail, and stands over 9” tall.” 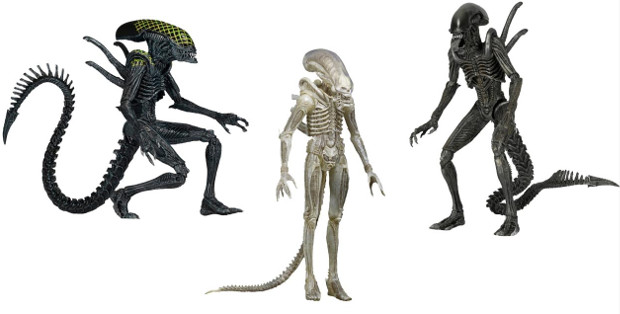 Whilst collectors have been asking for the Alien vs. Predator Aliens for some time, the announcement of the translucent “Big Chap” is quite a surprise and if I do say so myself, a very welcome one. For those who might not be aware, the concept of a translucent suit was explored during the production of Alien but was ultimately abandoned. 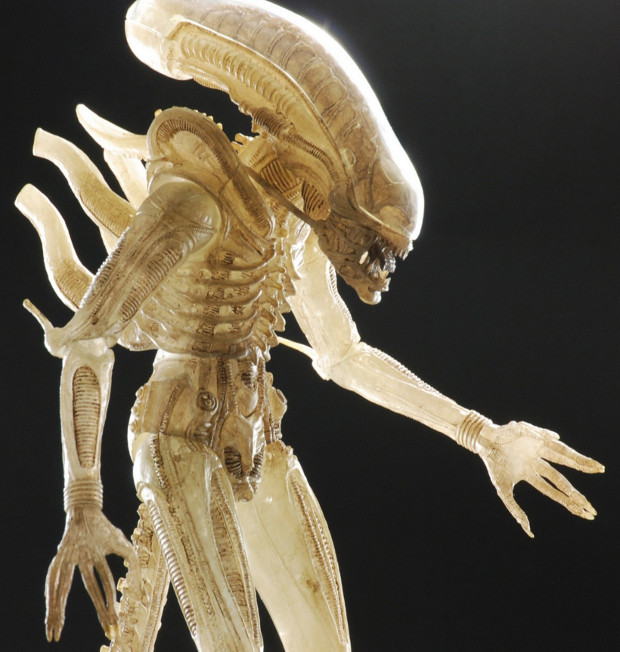 The concept of a translucent suit was explored during the production of Alien but was ultimately abandoned.

AvPGalaxy staff member Valaquen has an extensive article on the subject over at his fantastic blog, Strange Shapes: “They built special ovens for this plastic material,” said Giger, “like hot-melt vinyl, but it was not transparent enough to see through to the person behind it and it didn’t work.” Giger explained that had he been given time, then the transparent suit might have been feasible. “Andrew keeps producing more and more transparent costumes,” he wrote. “However the ideal solution has still not been found, because the material is not resistant enough and tears … Unfortunately he still hasn’t produced anything we can use, and time is running short.”

Series 7 is currently slated for release in late April 2016. Series 6, which is based around Alien Isolation, is due for release by the end of December 2015.