In January 2014 Titan Books released Alien – Out of the Shadows, written by Tim Lebbon. It was the first Alien novel for 5 years. In September 2015 Tim Lebbon returned to the world of Alien literacy with Predator – Incursion (don’t let the title fool you, it definitely has Aliens in), the first in an Alien vs. Predator novel trilogy (The Rage Wars), making Tim Lebbon the first author to pen their conflict on the pages of a book since S.D Perry finished AvP – War in 1999 (not counting the film novelization).

AvPGalaxy had the chance to catch up with up Tim following the release of the first Rage Wars novel, Predator – Incursion and ask him some questions about this sortie into the world of Alien vs. Predator.

“AvPGalaxy – The Founders/Rage are a very interesting concept and I’ve wanted to see something like them for a long time. What was the genesis of the Rage?

Tim Lebbon – During my initial conversation with my Titan editor, he proposed the idea of an alien species attacking humanity with weaponised Xenomorphs.  But for me, a much more interesting proposition is that humans finally managed to weaponise them … but not W-Y.  From that idea grew the Rage, and a 15 page proposal for the trilogy.  I also liked the concept of the Founders morphing eventually into the Rage, perhaps a sad, cynical idea, but it made the story feel much more whole and rounded.” 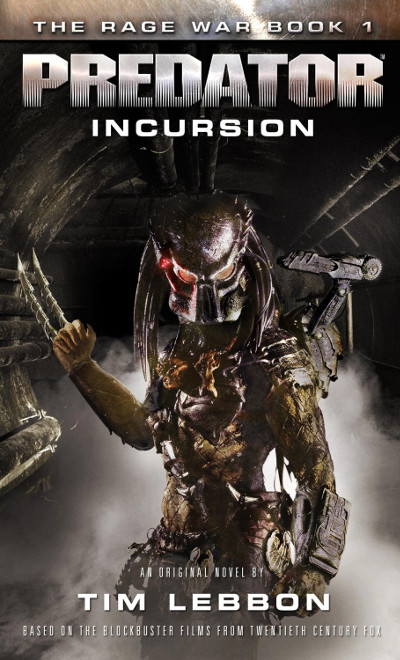 Beware some minor spoilers. Tim Lebbon answers questions from our community members and talks about the name Yautja, the development of the novel and a little bit about we can expect in the second book in The Rage Wars, Aliens – Invasion. Head on over to our Interviews section and be sure to check out the full interview with Tim Lebbon.