In celebration of the 30th anniversary of the release of James Cameron’s Aliens, Dark Horse Comics have announced that they will be re-releasing a special hardcover edition of their original Aliens comic series as the Aliens 30th Anniversary: The Original Comics Series:

“In 1988, Dark Horse’s Aliens comic debuted, with stunning art by Mark A. Nelson and a script by Mark Verheiden, taking the comics market by storm. For the thirtieth anniversary of the Aliens film, Dark Horse and Twentieth Century Fox Consumer Products are releasing an oversized hardcover edition of the unabridged and unadulterated series!

In deep space, a salvage crew is attacked by seemingly unstoppable monsters. The marines are called in, but they need someone with experience. Soon Hicks (the horribly scarred survivor from Aliens) and Newt (now almost eighteen) find themselves on a mission to locate and destroy the aliens’ homeworld!

This collection also marks the first major comics work by Mark Verheiden, who went on to write The Mask, Timecop, Battlestar Galactica, Daredevil, and many other films and television shows.“ 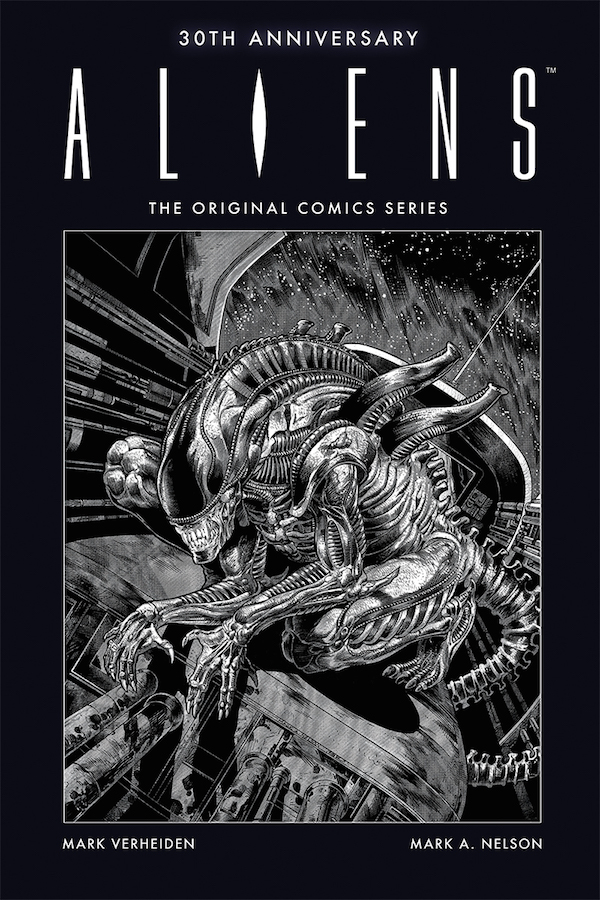 The cover for Aliens 30th Anniversary: The Original Comics Series

From the sounds of it this will be a re-release of the very first print of the Aliens series when it featured Hicks and Newt (they would later be renamed Wilks and Billie to account for their deaths in Alien 3).

The Aliens 30th Anniversary: The Original Comics Series is currently slated for release on the 26th of April 2016. Thanks to Matt Booker over at the Weyland-Yutani Bulletin for the news.