The AFI Film Festival took place on Thursday the 12th of November. Following the event I noticed a couple of Tweets on Twitter stating that Sir Ridley Scott had referred to Alien: Paradise Lost as Alien: Covenant. Following that, Indie Wire, who were in attendance have posted a report about the potential new title:

““I was going to be doing what will be called ‘Alien: Covenant,’ which starts shooting next February, and we were struggling then with the screenplay there and then there was a phone call, somebody saying, ‘Listen, we’ve got this thing which is completely written called ‘Martian,’ and I said, ‘Huh.’ And I sped read it in an hour and by mid-afternoon, I talked to Fox and said, ‘I need to talk to ‘Drew [Goddard]…’” 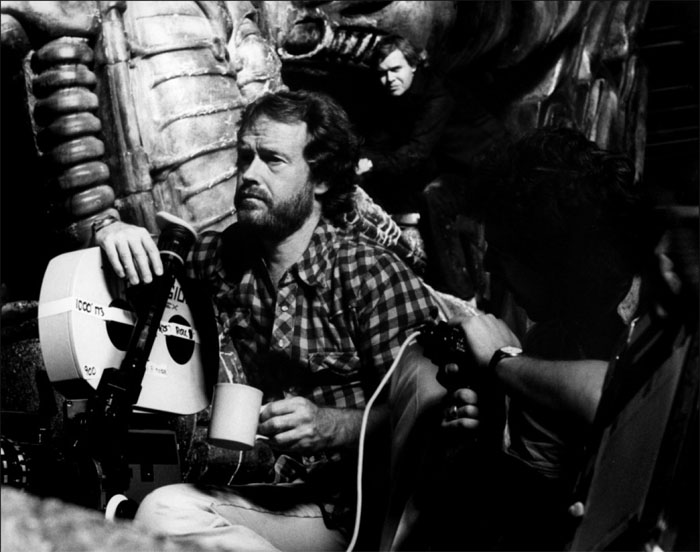 Ridley Scott on the set of Alien with H.R Giger in the Pilot’s Chamber.

There has been no official word regarding this. It may have simply been a slip-of-the-tongue or he may have accidently revealed the title for Neill Blomkamp’s “on hold” Alien sequel. This appears to be the first time he has referred to the Prometheus sequel as such.

The Indie Wire article also refers to the recently touted 30th May 2017 release date. Again, that is just coming from articles with no official word. Thanks to community member meshuggah for the Indie Wire link.