Ridley Scott’s latest science-fiction film, The Martian, was recently screened at the Toronto International Film Festival where Ridley Scott was interviewed by Deadline. We’ve recently heard that Prometheus 2 was Scott’s next film. Scott confirmed to Deadline that Prometheus 2 would be starting production in February 2016 and he also talked a little about the plot of Prometheus 2:

“You can either say, leave the first film alone and jump ahead, but you can’t because it ends on too specific a plot sentence as she says, I want to go where they came from, I don’t want to go back to where I came from. I thought the subtext of that film was a bit florid and grandiose, but it asks a good question: who created us? I don’t think we are here by accident. I find it otherwise hard to believe you and I are sitting here at this table, because the molecular miracles that would have had to occur were in the trillions, since the first sign of human life that crawled out of the mud with four fingers, would bloody well be impossible, unless there was some guidance system. Also, you have the sun approximately the same distance from earth as it is from maybe millions of planets and planetoids that are almost identical distance and therefore enjoy the value of sunlight on their soil. Are you telling me there are no other planets with human life? I simply don’t believe it.” 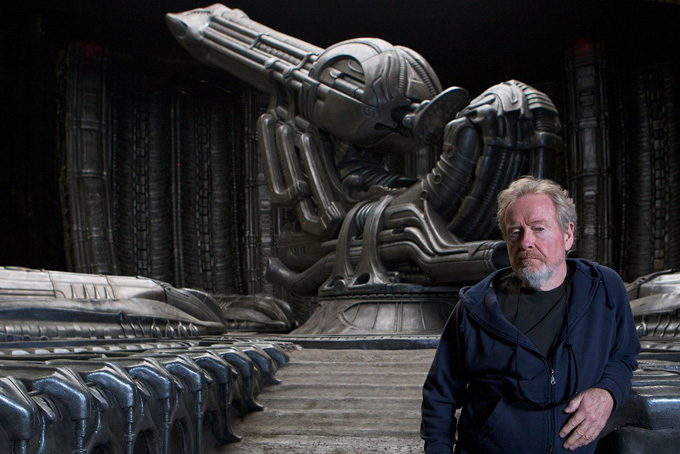 The interview also talks a lot about Ridley Scott’s work on science-fiction, discussing Alien, Blade-Runner, Prometheus and of course, his upcoming film with Matt Damon, The Martian. Thanks to The Perfect Organism for the news.