We have just uploaded our preview of the recently released Alien: The Weyland-Yutani Report. Published by Insight Editions and Sideshow Collectables, Alien: The Weyland-Yutani Report is an “in-universe” report written by the legendary S.D Perry with internal artwork provided by the equally impressive John Mullaney and Markus Pansegrau (who community members may know better as Locusta):

“The closest release that fans of the Alien franchise have had to something like this is the Colonial Marines Technical Manual from the 90s, a fictional in-universe detailing of the Colonial Marines. However, this isn’t just an ordinary book – this is a high-end collectable book, something of a first for Alien fans. So let’s take a look at just what we’re getting in Alien: The Weyland-Yutani Report.

Alien: The Weyland-Yutani Report arrives in a very swish box, reminiscent of collectables such as the Hot Toy figures or the more recent special figures from NECA. The first thing you’ll notice is just how heavy this beast is! And how big! Cracking open the box you’ll find the book protected by additional packaging and after some careful lifting you’ll find yourself faced with the terrifying face of an Alien reaching out the book trying to get some tasty human grey matter.” 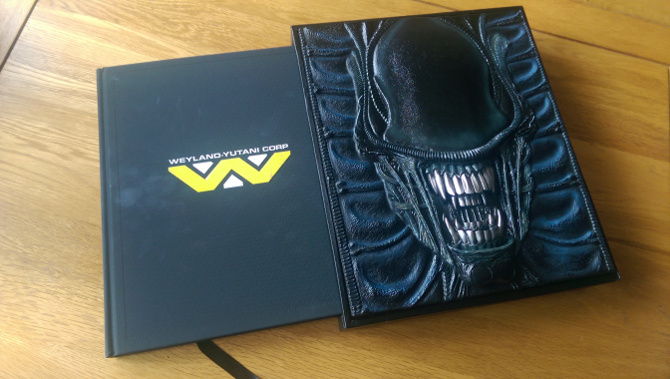