Celtic, Scar and Chopper feature all-new bodies with a mind-blowing new level of articulation – over 30 points! Each comes with character-specific gauntlets, armor, weapons, trophies and other accessories. We’ve paid close attention to detail to make these as accurate to the movie as possible. 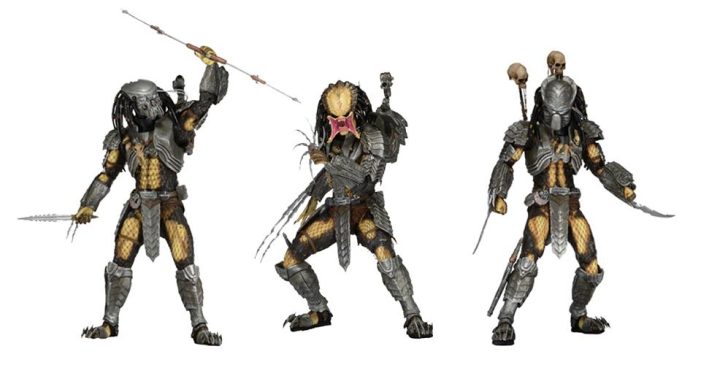 The new NECA Predator figures are due out September 2015. You can further information at the NECA website.