The documentary about the late H.R. Giger, Dark Star: H.R. Giger’s World, can now be seen in limited theatres across the United States, and later Canada. It opens today in some areas of California but other states may not get it until June. You can find the full list of theatre locations here. The documentary was filmed in the last few years of his life, just before the Swiss surrealist sadly died on May 12, 2014. Reviews have started trickling out (NYPost, SFGate, FilmJournal, TwitchFilm, AVClub) – the documentary spends most of the time in Giger’s house which is filled with all sorts of books and paintings. 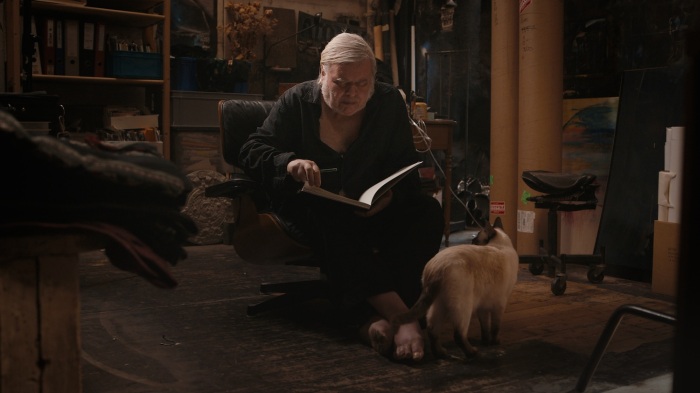 Most interesting, he has a mini train that takes a passenger through the corridors of his house and into his garden that are filled with all sorts of gothic sculptures. Unfortunately from what I gather, the documentary glosses over the Alien series and even though Giger is on screen a lot, he doesn’t say much and instead, the imagery does the talking for him. It’s still something I do look forward to seeing though and it will be fascinating to see what Giger was like in those last few moments of his life. Dark Star: H.R Giger’s World will be coming to video on demand on August 18, 2015 and later DVD on September 01, 2015.