Now for the second Fire and Stone related interview of today! I have uploaded our interview with Paul Tobin, the writer of the Prometheus series; the first of the Fire and Stone series to be released and our very first entry into the expanded universe of Prometheus:

“AvPG – Something that was critiqued by readers was how similar the spacesuits in your series were to the Prometheus film despite the near centuries difference in time. As I understand it this was a result of a change in time setting? Were there many changes made over the course of the series?

PT – One of the things we had to decide on early was the spacesuits. And by “we” I mean the other writers (Josh Williamson, Chris Sebela, Chris Roberson, and Kelly Sue Deconnick) and a group of editors that gathered together probably ten separate times here in Portland. We went back and forth on what suit to use, and then suddenly we realized that we didn’t really have to worry. It’s not like there’s only one type of suit for anything in the modern day. So we gave ourselves the mental okay to have suits designed for light atmospheres, or heavy suits, or all-purpose suits, and so on.

And, yeah… as to your question on whether there were many changes made during the course of the series… there were LOTS. In fact, Juan and I had completed the first issue, I mean completely finished, with letters and colors and everything, when word came down that we needed to make so many changes that it effectively dunked the entire issue.” 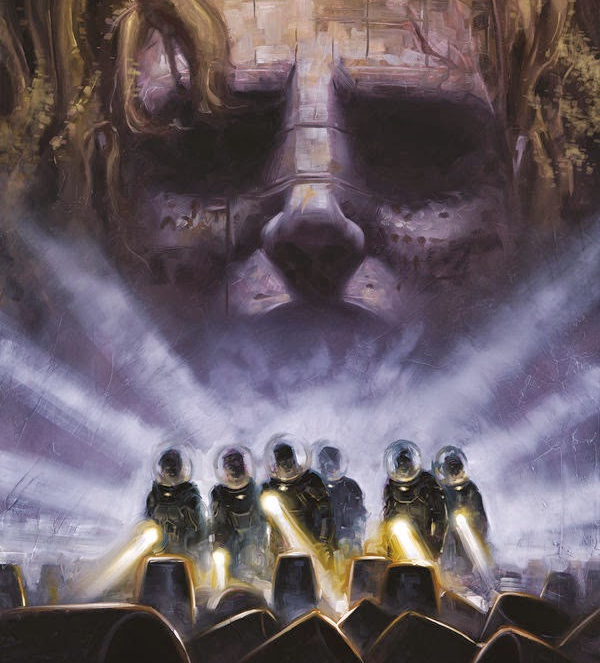 Paul Tobin goes on to talk in some great detail about his work on both Prometheus – Fire and Stone (answering quite a few questions many of us had after reading the series) and his work on the comic adaptation of Predators back in 2010. Make sure you read the whole thing!

Be sure to check out our first interview from today with Chris Roberson, the writer of Aliens – Fire and Stone. What did you think of the series? Have you got anything you’d like to say about the interview? Let us know down below!