With Dark Horse’s multi-series Fire and Stone event wrapped up after the new year, the community has had time to read and consider the series and it has questions to ask. AvPGalaxy recently had the chance to ask Chris Roberson, writer of Aliens – Fire and Stone, some of these questions:

“AvPG – A lot of recent media has been revising the history of the Alien films ever so slightly. Aliens – Fire and Stone obviously does that through the use of the Onager and their being survivors from the colony. What made it necessary to use revisionist history?

CR – Actually I’m not sure that what we’re doing would strictly be considered “revisionist,” in that we aren’t changing anything that happened in the original films. Instead, we’re telling a new story that fits into the gaps of the established narrative. But we took pains to make sure that nothing we did contradicted what had already been established.” 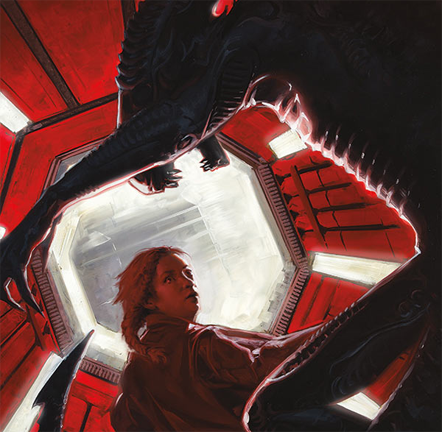 I’d like to thank Chris Roberson for taking the time to answer our questions – and the community. Be sure to check out the interview in its entirety! You can also read some of our other interviews that have been conducted over the years in our interviews section. Be on the look out for our interview with Paul Tobin coming up shortly!