As many of you super cautious people guessed, this was in fact just an April Fools joke. The artwork was provided by AvPGalaxy’s very own talented Cellien. I have replaced the watermarked version with Cellien’s original. I hope you all enjoyed the gag!

Following the immense success of Alien Isolation and how well fans have taken to the inclusion of Amanda Ripley, we’ve heard from a reliable source that 20th Century Fox is set to include her in the upcoming Prometheus 2. Speaking exclusively to Alien vs. Predator Galaxy, our source advised that one of the latest draft of Ridley’s Scott’s sequel to Prometheus sees Noomi Rapace’s Elizabeth Shaw and Michael Fassbender’s David place themselves in stasis aboard the Engineer ship.

Now on a crusade to destroy the Xenomorphs following her nightmarish encounters aboard Sevastopol station and her recovery from free floating in space after (plot to be explored in Alien Isolation 2), Amanda Ripley comes across the Engineer ship as it journeys through space towards the Engineers’ home planet at the centre of the galaxy, amongst the oldest stars.

Our source from inside Scott Free Productions was also able to secure us a piece of conceptual artwork from Prometheus 2 that shows off one of the climatic sequences as Amanda and David (now fitted with some sort of Engineer artificial body) come across an Engineer whilst exploring an Engineer vessel or facility of some kind. 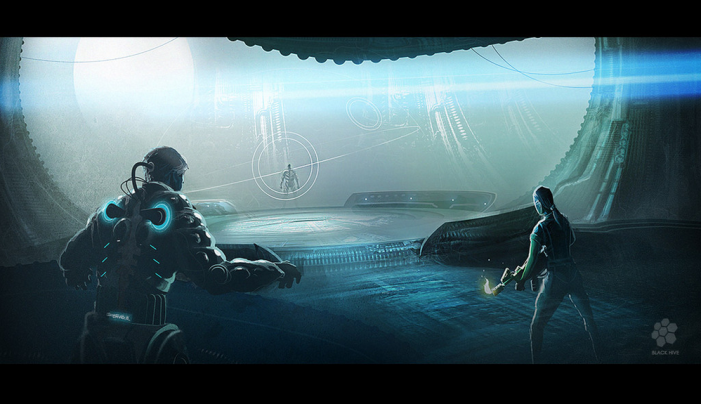 How do you feel about Amanda Ripley’s inclusion in the Prometheus 2? Who would you want to see play Amanda? Would you want Andrea Deck or Kezia Burrows to give the role life on the big screen? Let us know down below!