Last year we broke the news of an upcoming Aliens vs. Predator trilogy from Titan Books. All three novels will be written by Tim Lebbon, the author of Alien: Out of the Shadows. Details of the novel have slowly been trickling out (which you can read through on our forums) but now we have the full synopsis:

“The first in an epic trilogy crossing between Predator, Alien, and AVP! When huge Predator spacecraft begin entering human space in alarming numbers, the Colonial Marines assume an invasion and launch a full military response. Then they learn that the Predators are fleeing an invading force–an army of Xenomorphs! Someone has learned how to weaponize the Aliens, and their trajectory through Predator space has placed them on a path to Earth. Beginning an epic three-book space war that will include:Predator: Incursion; Alien: Invasion; Alien vs. Predator: Armageddon.” 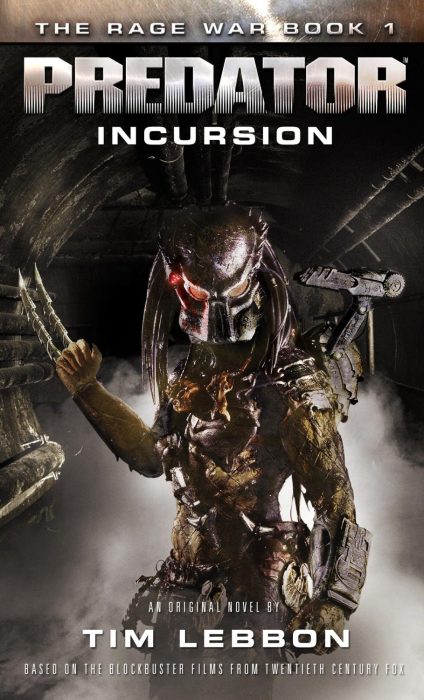 This information comes curtsey of Amazon (thanks to felix for the tip) and the cover from Xenopedia. According to Amazon the novel is due out September 2015. We also know that Tim Lebbon had to go back to make some changes in light of the announcement of Neill Blomkamp’s Alien 5.