At the end of 2014 Upper Deck released Legendary Encounters – An Alien Deck Building Game. And it was awesome. I whole heartedly recommend that game for fans of Aliens and of card games. Upper Deck has been teasing the Predator expansion for sometime but it has been announced at the GAMA Trade Fair: 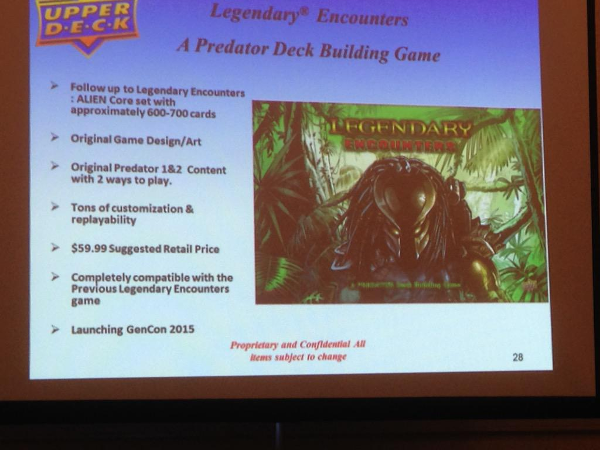 Jason Brenner from Upper Deck has also commented on the fact that a Predator specific playmat will also be included. The game will also be compatible with the Alien release allowing for some crossover matches. Legendary Encounters – A Predator Deck Building Game is due for release at GenCon 2015 on the 30th of July.

Also announced at the same event was Upper Decks’ revitalized VS. System Trading Card Game. In that release it was also mentioned that there were possibility for Aliens/Predator expansions for the game. Thanks to Mr. Domino for the tip.