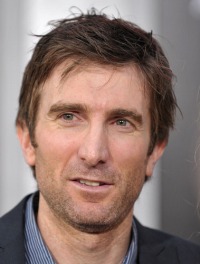 Actor Sharlto Copley was asked whether or not he’s going to be in Alien 5. Having being in all three of Neill Blomkamp’s feature films so far, odds are that’d make some sort of appearance. Copley states that he’s had conversations about it with Blomkamp but at the moment, he’s not involved in the new Alien movie.

“We’ve had the conversation. But it’s the familiar conversation with Neill every time he ends a movie where he tells me he wants to put me in the next one but he can’t because, practically, it doesn’t make sense to do all of his movies with me. At some point, he has to go away and then we’ll return and do something which I fully understand. I never expected to be in all his films for two seconds. At the moment, no. I’m not in the Aliens [sequel]. But I’m super-excited he’s doing it, and it’s surreal to get to see him do something with a franchise that for him and I was one of our favorite all-time franchises.”

Copley then jokingly says that he could instead do performance capture for the xenomorph like he did in his latest film Chappie. “You know he could put me in as a xenomorph and no one would know. We know that I can do good performance capture, now. Neill starts out very determined, but you never know as he gets closer to the time.”