Dark Horse has just finished its recent run of Aliens, Predator, Prometheus and Aliens vs Predator Fire and Stone comics. Largely it seems to have sold quite well and been received well by comic critics – with fans it’s been a little bit more mixed.

Randy Stradley, as we should all know as the man responsible for the very first Aliens vs Predator comic, was asked about what was next for Dark Horse now that Fire and Stone had finished its run. He responded with: “We’re working on the next wave. The newly announced Neil Blomkamp film caused a restart.”

Curiously, Tim Lebbon, the author of the upcoming Rage War novel trilogy also commented on the need to go and change some aspects of the first novel of the series, Predator: Incursion, due to Neill Blomkamp’s upcoming Alien 5.

Considering the will-he-wont-he of whether or not Alien 5 will acknowledge of Alien 3 or Alien Resurrection, the implication that these post Alien 3 (post Resurrection in the case of Rage Wars) could be that Alien 5 will not be a straight retcon as has been theorized. Thanks to Ultramorph for the news. 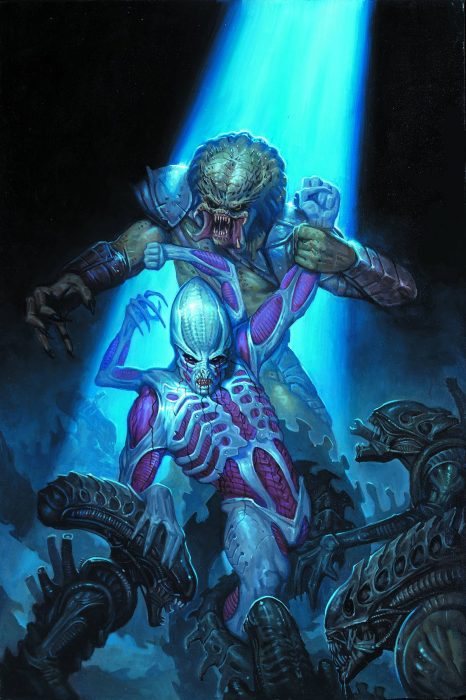