In a discussion with Dazed Digital, Neill Blomkamp spoke a little about his upcoming Alien 5 project and how he felt that Alien 3 and Alien Resurrection “went off the rails“. The more Neill Blomkamp talks about the project, the more it seems pretty obvious that his upcoming project is going to be an alternate sequel to Aliens:

“It’s the inverse in that now I get to make the third film of the first two, which I think never happened. I think they made the first two and then went off the rails with these other ones. I wanna try as a fan to fill in that gap. It all stems from being probably one of the most ego-less directors in Hollywood and I think that that plays a big role. If you’re inward focused and narcissistic and thinking about your fans then that’s when weird shit starts happening. If you stay grounded then you can make stuff that actually is balanced and has something to say. I don’t want to give much away but what I can say confidently is that Alien and Aliens are my favourite films and where it went after Aliens was incorrect to me as a fan. I didn’t want that world, I wanted the first two and that’s what I want to go back to.” 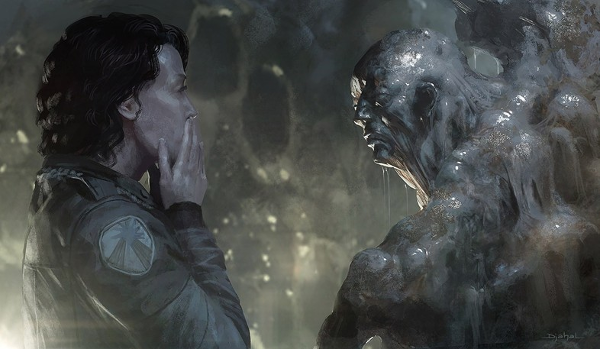 Thanks to Tough little S.O.B. and Perfect-Organism for the link.