You may recall that I previously posted about an upcoming documentary about H.R Giger called Dark Star. Inked has just posted an exclusive look at the poster for the documentary:

“The poster was designed by Mika Komoto, which is actually an up close detail of one of Giger’s masterful paintings [“Li II”] which can be found at his museum in Gruyeres, Switzerland. According to Dark Star’s official website, the “Spell Room” was Giger’s favorite part of his museum. In his later years, he rarely visited the museum, but he managed to pay a visit one last time during the filming of this documentary—which is one of the many reasons to see this captivating film” 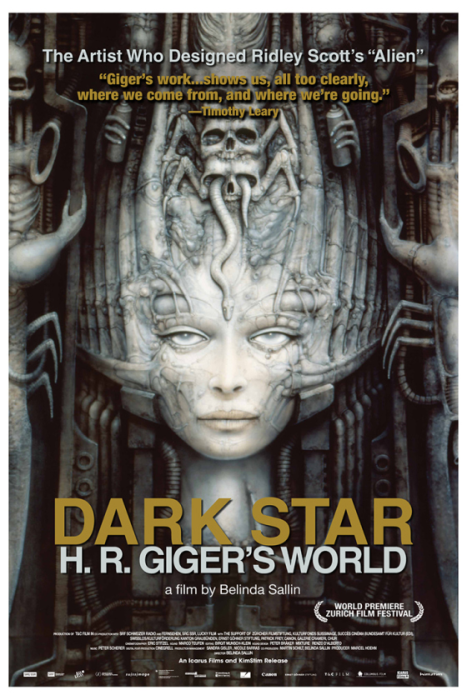 Be sure to check out the Dark Star homepage for screening details. Thanks to Gilbert Macias for the tip.