Podcast series, I Was There Too, is dedicated to interviewing people involved in seminal pieces of cinema history. And what self respecting show wouldn’t include the Alien franchise in there somewhere? Host, Matt Gourley, sat down with Ricco Ross – the man behind Private Frost in Aliens – at the start of December to discuss his time on the set of Aliens:

“Actor and writer Ricco Ross joins Matt this week to discuss his role as Private Frost in the film Aliens. Ricco explains what Arcturian Poontang is and what it means to hammer some of that down, takes us through his difficult decision of turning down a role in a Stanley Kubrick film for Aliens, shares the story behind the white heart with the name “Heath” on his character’s chest plate, and talks about what it was like working with James Cameron & Sigourney Weaver. Plus, Matt sheds some more light on why James Remar was replaced by Michael Biehn as the male lead in the film another installment of I Wasn’t There Too.” 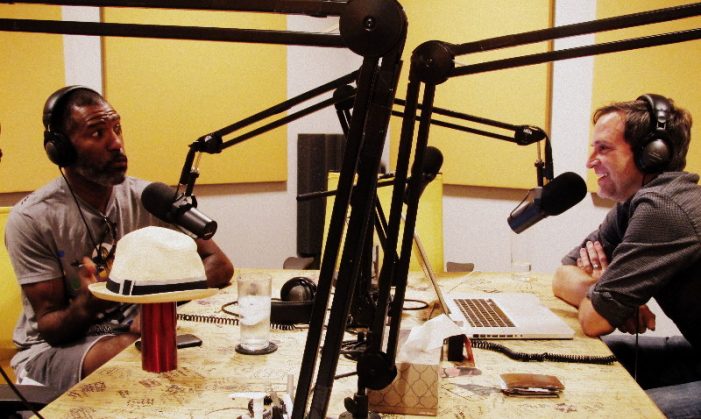 Ricco Ross and I Was There Too host, Matt Gourley, during the recording of the podcast.

Thanks to Quarax for the news.