With early copies of Alien – River of Pain finding their way into fan’s hands, an advertisement at the back is drawing attention. It has been known for sometime that Tim Lebbon would be writing a new Alien-related trilogy, following on from the events as set-up in Alien – Sea of Sorrows, it was unknown until now that it would in fact be a new AvP novel series. 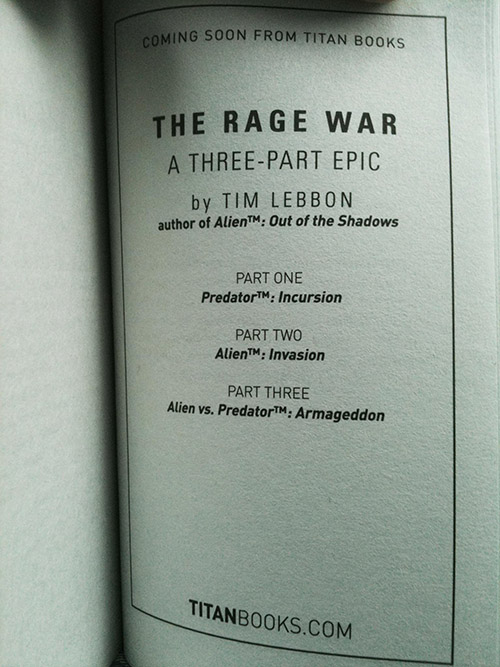 The trilogy is being called The Rage War. No further details are available at this point. This will mark a return of Alien vs. Predator to the novel format after nearly 15 years – 10 if you’re counting from the movie novelization – and be the first original AvP novel.

River of Pain also includes an advertisement for a republishing of  the late A.C Crispin’s Alien Resurrection novelization, finishing off the republishing they started this year with all of Alan Dean Foster’s novelizations. Thanks to Perfect-Organism for this news.