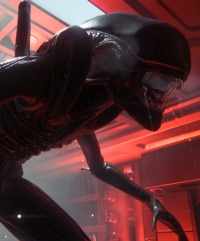 It appears when you get Alien Isolation next Tuesday, you will also need to download a day one patch for it. The patch notes below were leaked online but the page has since been removed. It reportedly fixes various bugs in the singleplayer campaign. For those worried about the lip-sync issues you may have seen in the gameplay videos, rest assured – that has been fixed. I can also confirm that the patch for the PS3 version weighs in at 401MB.

Thanks to Seegson for the news.