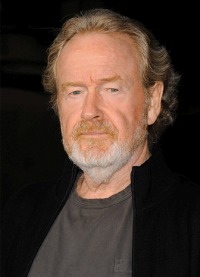 We last heard in August that Prometheus 2 had been written and today, Yahoo Movies got the chance to speak to Ridley Scott about Blade Runner 2 and Prometheus 2. He says that the Prometheus sequel is still being written after 15 drafts and hints that like the first one, we won’t be seeing any iconic xenomorphs running around.

“Right now, as we speak, it’s being written,” he says. “I’ve had 15 drafts evolving. I definitely want to do that again because I really enjoyed doing ‘Prometheus’.

He is sanguine about the mixed reaction to the first prequel, about which many negative comments revolved around the lack of recognizable monsters from the original.

“The beast is done. Cooked,” he says simply. “I got lucky meeting Giger all those years ago. It’s very hard to repeat that. I just happen to be the one who forced it through because they said it’s obscene. They didn’t want to do it and I said, ‘I want to do it, it’s fantastic’. But after four (he has conveniently forgotten the ‘AvP’ movies), I think it wears out a little bit. There’s only so much snarling you can do. I think you’ve got to come back with something more interesting. And I think we’ve found the next step. I thought the Engineers were quite a good start.”

So what can audiences expect to happen?

“You’ll probably have to go with [Noomi Rapace’s Elizabeth Shaw] and [Michael Fassbender’s android David] – without his head. Find out how he gets his head back on!”

Thanks to Mike for the news.