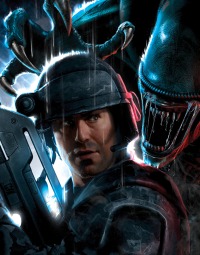 The revelations just keep coming out regarding the Aliens Colonial Marines class action lawsuit. We last heard earlier in August that Sega had agreed to pay out $1.25 million over the “mis-advertisement” of 2013’s Aliens Colonial Marines game. This week, Sega has filed court documents saying that Gearbox is just to blame as they are for the marketing of the game. They indicated that they offered Gearbox to be included in the settlement if they contributed $750,000 of their own money. Instead Gearbox filed a motion to throw out the case against them altogether. Regarding the marketing, initially Sega were given “absolute discretion” but were contractually obligated to discuss all marketing activities with Gearbox.

Sega said the E3 2011 demo was created entirely by Gearbox and Gearbox told Sega that the demo was the bar the game should be held to. The documents also reveal that Gearbox CEO Randy Pitchford leaked things about Aliens Colonial Marines numerous times without even talking to Sega. This quote is from an email sent by a member of Sega’s PR team:

“I spoke face to face to [Gearbox’s Steve] Gibson about their persistent panel leaking. Effectively — it’s Randy [Pitchford] doing whatever the fuck he likes. Apparently he did it twice on [Borderlands 2] also, against, against all plans and despite the fact they asked him not to. I think our best result here is that we have no more panel sessions.”

If you also remember, Gearbox stated last month that Sega never gave them any payments in relation to game sales. In response, Sega indicated that they did pay Gearbox millions of dollars in advance royalties in the form of milestone payments. Sega didn’t, however, address the claim that Gearbox “paid millions” of their own money into the game. Stay tuned for the next episode in this neverending saga, folks. The next court hearing will be held October 29th.

Thanks to Nightlord for the news.