Get a load of this set. To celebrate the 35th Anniversary of Alien, 20th Century Fox will be releasing a 9-Disc H.R. Giger Tribute Alien Anthology Bluray set. It includes the four Alien films, the two Anthology bonus disks, Prometheus 2D & 3D and its bonus disk. Extras include Alien: The Illustrated Story, an H.R. Giger art card set, original theatrical posters and more. It’s a limited edition set for Japan available on November 5, 2014 for ¥15,000 ($146, £86). There’s no word right now if this is making its way overseas or not. Some Japanese sets, like the AvP Monster Box, have remained exclusive to the region while others have eventually made their way overseas. 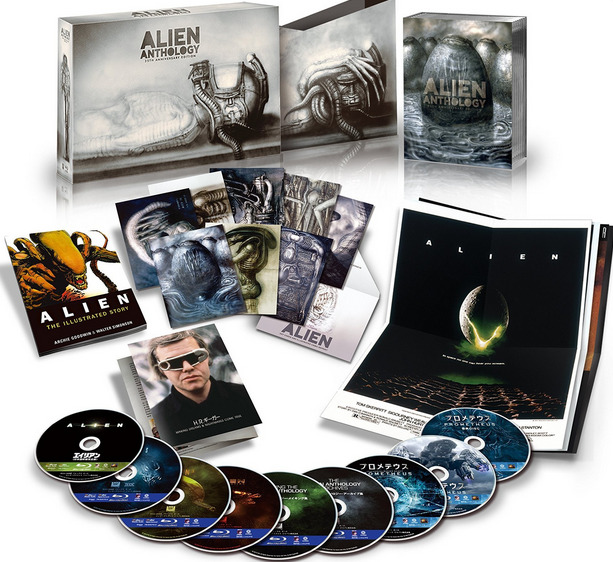 Thanks to AliensCollection for the news.