AvPGalaxy and Titan are teaming up to give away three copies of their latest Alien novel, Sea of Sorrows:

“As a deputy commissioner for the ICC, Alan Decker’s job is to make sure the settlements on LV178 follow all the rules, keeping the colonists safe. But the planet known as New Galveston holds secrets, lurking deep beneath the toxic sands dubbed the Sea of Sorrows. The Weyland-Yutani Corporation has secrets of its own, as Decker discovers when he is forced to join a team of mercenaries sent to investigate an ancient excavation. Somewhere in that long-forgotten dig lies the thing the company wants most in the universe—a living Xenomorph. Decker doesn’t understand why they need him, until his own past comes back to haunt him. Centuries ago, his ancestor fought the Aliens, launching a bloody vendetta that was never satisfied. That was when the creatures swore revenge on the Destroyer… Ellen Ripley.” 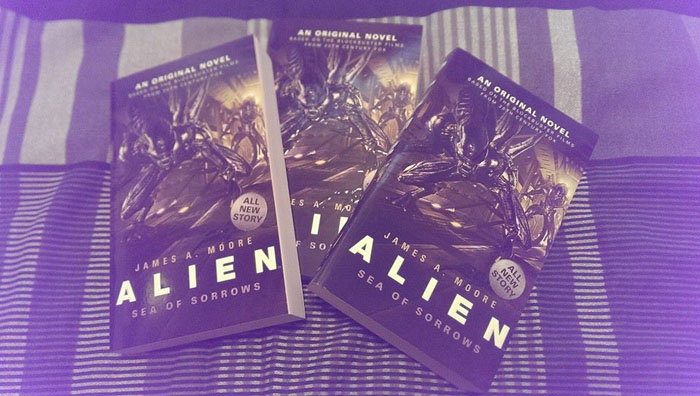 So what do you have to do to win a copy? That’s simple! You have to be a registered member of AvPGalaxy and also Like our Facebook page. So if you’re already doing both of these then type in your Facebook name below to enter!

This competition is open to members around the world and will end on the 11th of August. Be sure to also check out our review of the novel here.