20th Century Fox have launched a surprising new minisite called Alien Revolt to celebrate the release of the 35th Anniversary of Alien. It seems a new Limited Edition Alien Blu-Ray set will be released on October 7th with some snazzy new artwork. It’s not clear at this point whether or not it will contain any new features but I sincerely doubt it. Now, the minisite will feature weekly missions where users can score points and rewards. It’s all based around Facebook so you’ll need a profile there first. There’s a countdown timer to August 17th… which is when all this kicks off. 20th Century Fox have also got four giveaways lined up for fans, starting with one of the recent Alien Novels. 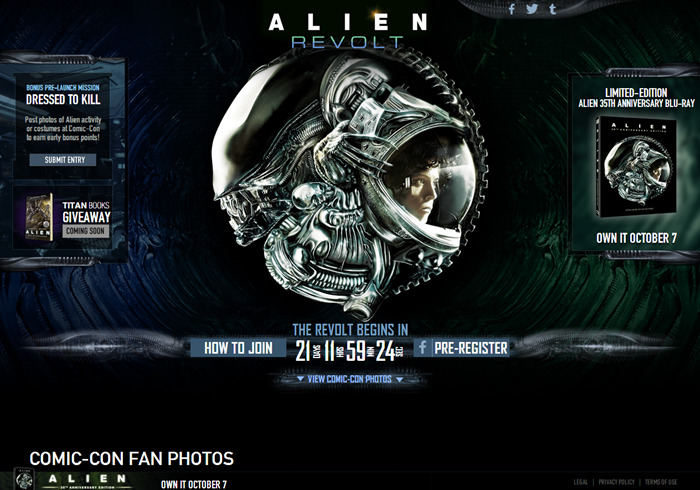 In addition to those things, they’ve got some Alien cosplay pictures from past Comic-Cons on there. I guess we’ll have to keep our eyes peeled for this. Thanks to Quarax for the news.