Alien Isolation will be available to play at the San Diego Comic Convention Centre starting tomorrow as well as at NerdHQ inside Petco Park nearby. There’ll be 14 pods available at NerdHQ with the option of playing on a PS4 or an X-Box One. For a little bit of added fun, there’ll also be a free Alien Isolation Motion Tracker app for IOS and Android devices that let you find the booth in NerdHQ. Inside of Comic-Con, you’ll find the team at Future US booth #241 where you’ll be able to try out the new time-based mode in a 10 ft. Alien Egg replica with a high-tech gaming chair, LED monitor and immersive sound. 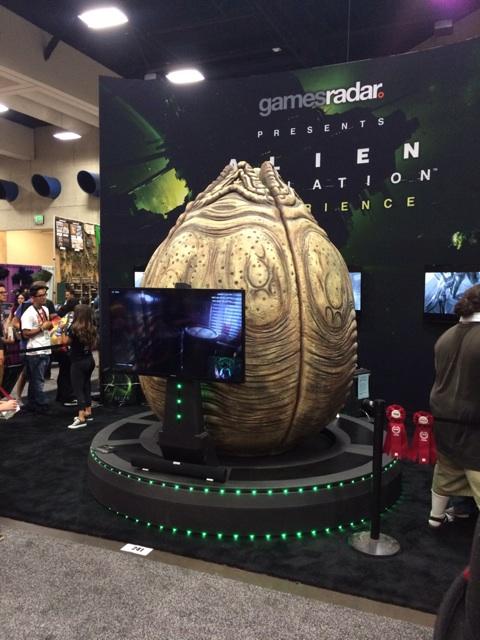 They’ve also got special hours dedicated to those of you coming in Alien and Alien Isolation cosplay. Special prizes and bonuses will be given to you and the chance to talk to creative lead Al Hope about the game. Keep checking this thread on the forum for updates and pictures from the event.

Here’s a few pictures from the event:

We reckon it's going to be hard to beat this level of cosplay. Full marks for awesome and adorable. #SDCC #Newt pic.twitter.com/5BG8iMt0hr

The visit we were hoping for… Another brilliant Cosplayer to our Alien egg at #SDCC! Keep 'em coming! pic.twitter.com/Tf04Oc9Oip