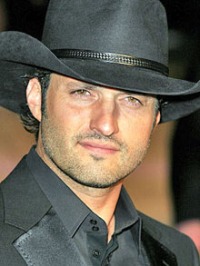 If it wasn’t obvious already, this interview confirms it. Collider caught up with Predators producer Robert Rodriguez at the 40th Annual Saturn Awards. Rodriguez confirms he won’t be involved in the upcoming Predator sequel from Shane Black but says he’s looking forward to it. He recounts how he made the Predators film with a sequel in mind but hints that a change of management at 20th Century Fox altered those plans.

Question: Earlier this week they announced a remake of Predator and then they announced that Shane Black and Fred Dekker and making it, but that it’s not a remake but a sequel of some sorts. Do you have any idea where they’re going with that?

ROBERT RODRIGUEZ: I don’t. But if Shane’s involved it’s gonna be awesome.

Can you tell us, because Predators ended on such an interesting note where things seemed like they were about to go insane. Is that probably not happening at this point because they’re going in a new direction, or is there any chance we’ll see a follow up to Predators?

RODRIGUEZ: I dunno, when you do something like that. I had written the script originally, the assignment was always to write a sequel. In fact when I had originally written it, it was always for Arnold. It was way back. I mean, I wrote that before I did Desperado. And somebody there went through the old files and found my old script years and years later and said, ‘Hey! Would you like to make this?’ and I said, ‘Well, I’m shooting a movie now, but I would love to produce it.’ It wasn’t my series, but it was great to go. We got to design the creatures and you always want to build it in case they make another one. But I know the guy who was the chairman then [Tom Rothman] , left and the new guy came in [Jim Gianopulos] so it could always go either way. I think they have lots of options. But I’m a huge predator fan, I’d love to see. So long as they make another one, I just wanna see it.

In that film you introduced a sort of super race of Predators, with even more violent big ones. And I heard some people – and I didn’t agree with them – but for some people, that kind of devalues the previous predators we’ve seen. And when you are making sequels, obviously things have to get bigger and there is higher risk. How do you balance between reverence between what’s come before and needing to do something new?

RODRIGUEZ: That one was great. We got to have our cake and eat it to. We designed a new predator. But we wanted to make a replica of the original to have him. And that was the best, being on the set to see the original predator predator come out. Because Greg Nicotero had the original molds. And to see like, the original predator walking around, that’s like taking a time machine back. It was so cool. So we have to make him as badass as the new Super-Predator, as we called it. But yeah, we did it in probably less than a year. It was really fun, it was a really intense time working on a couple projects and it was really exciting. I love the whole, working in that world and getting to throw our hat in the ring for one of the movies.

Thanks to Spoonman101 for the news.