Once again, thanks to our friends over at Titan Books, AvPGalaxy is giving away three copies of the recent re-print of Alan Dean Foster’s Aliens novelization.

“The official novelization of the explosive James Cameron sequel to Alien, featuring the return of Sigourney Weaver as Ellen Ripley!
Ellen Ripley has been rescued, only to learn that the planet from Alien – where the deadly creature was discovered – has been colonized. But contact has been lost, and a rescue team is sent. They wield impressive firepower, but will it be enough?” 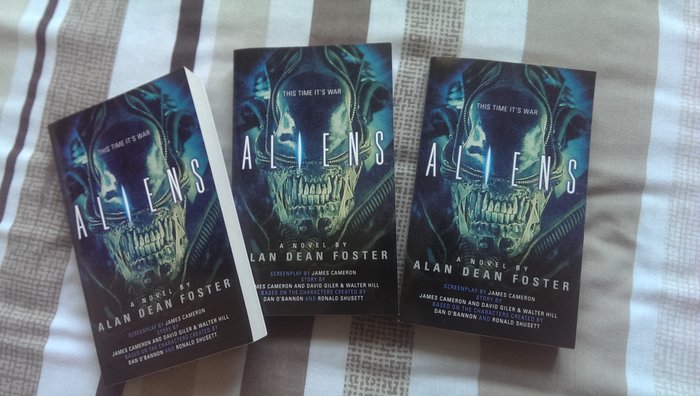 In order to win a copy all you need to do is “Like” the AvPGalaxy Facebook page and share the competition post. There are no location restrictions on this competition. The competition closes at 12pm GMT on 25th of May. The novel is officially available to purchase from Titan books now.