Our good friends over at Titan Books have provided AvPGalaxy with 3 copies of the new re-print of Alan Dean Foster’s Alien novelization:

“The crew of the Nostromo, a commercial deep-space mining ship, investigates a mysterious signal. Landing on planet LV-426, they discover a massive extraterrestrial and a nest of strange eggs. They bring back to the ship an Alien which, as it grows, stalks and picks off the crew, one-by-one, until only Ellen Ripley remains.” 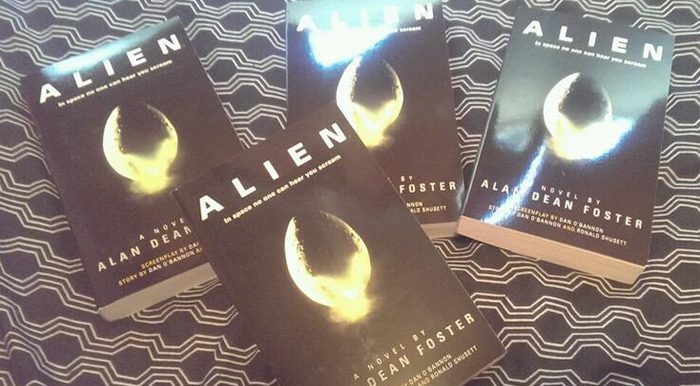 To win a copy you need to be a registered member of AvPGalaxy, have an account on Twitter and answer this following question – In the theatrical release of Alien which of the Nostromo crew was the last to be killed by the Alien before the ship self-destructed?:

Think you know the correct one? Then Tweet us your answer on Twitter! The competition closes at 12pm GMT on the 11th of April. Winners will be picked at random from the entries with the correct answer. There are no location restrictions on this competition. The novelization is officially available for purchase 17 April 2014 ($7.19/£6.49).