Bleeding Cool has posted an interview they conducted with Scott Allie and Joshua Williamson in regards to Dark Horse’s upcoming Predator comic series, along with some fantastic new cover images:

“With Predator at first there was a drive, at least on my part, to keep Predator sort of loosely connected to the large universe, but as the group and I worked together I started to see areas to blend the books and really make it a cohesive story. And it would be a disservice to the fans and readers to not go where the characters and story takes us.” 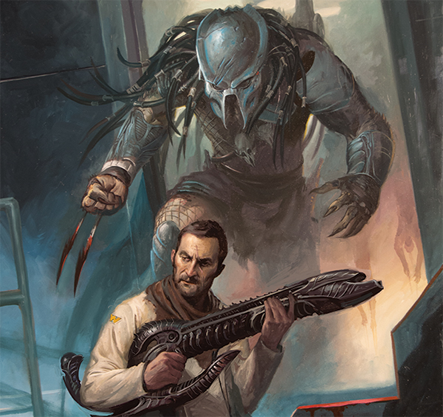 Note the Engineer-esqe weapon in this image.

Big Comic Page also has an interview with Paul Tobin about the Prometheus series but there doesn’t appear to be any new material in there. Thanks again to Ultramorph for the news.