Amazon has just put Alien – River of Pain, the third and final novel in Titan’s new Alien trilogy, up for pre-order. On that page are our first details of the upcoming novel:

“The Alien film franchise has been embraced by sci-fi fans around the world. The film series stars Lieutenant Ellen Ripley and her battles with the deadly Xenomorph, commonly referred to as the Alien. For the first time, this novel will reveal the secrets behind the colonization of LV-426, the planet where the Alien was first found in Alien, and the setting for Aliens where a sole survivor was discovered – a young girl named Newt.” 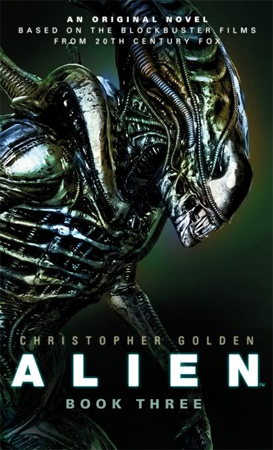 Written by Christopher Golden, River of Pain is due out in November 2014. Thanks to Ultramorph for the news.