Following on from the recent Aliens Series #3 announcement, NECA has also dropped the massive bombshell that is their acquiring of the rights to use Sigourney Weaver likeness for their ever expanding line of Alien figures:

“After yesterday’s little hint, we can finally reveal the news! As part of the 35th anniversary celebration of ALIEN, we have attained the holy grail of action figures, if you will — the first-ever figures of Lt. Ellen Ripley that feature the likeness and approval of actress Sigourney Weaver!” 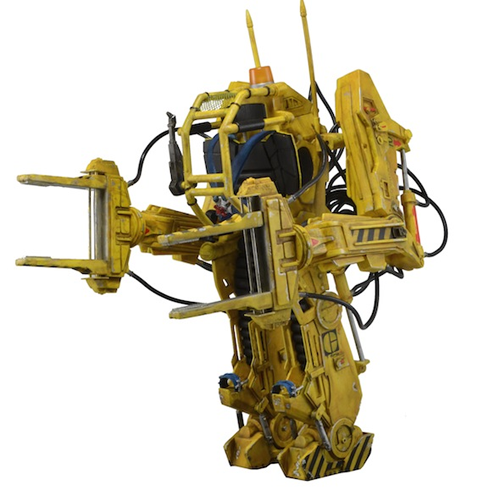 To add to this they also revealed via Twitter that we’ll be seeing multiple variants of Ripley. Whilst there have been previous Ripley figures (Kenner and Hasbro) none have ever featured her likeness.

Further special releases to commemorate the 35th Anniversary of Alien include a “deluxe boxed” Alien Queen in July and the Power-Loader (above) just after. All this comes just after Toy Fair 2014. Be sure to check out Figures.com extensive galleries from the event.