Develop Online is giving fans the chance to take a behind-the-scenes look at the upcoming Alien: Isolation game by SEGA and Creative Assembly at a lecture event next week. On February 12th, Creative Assembly will give Audience With attendees a look at how the team is developing SEGA’s newest installment in the Alien series.

The talk will cover how both the iconic Alien and its sci-fi world is being brought to life, with an audience Q&A followed by networking drinks and food. Tickets are on sale now priced at £29.99 + VAT. Spaces are limited to just 50 attendees. 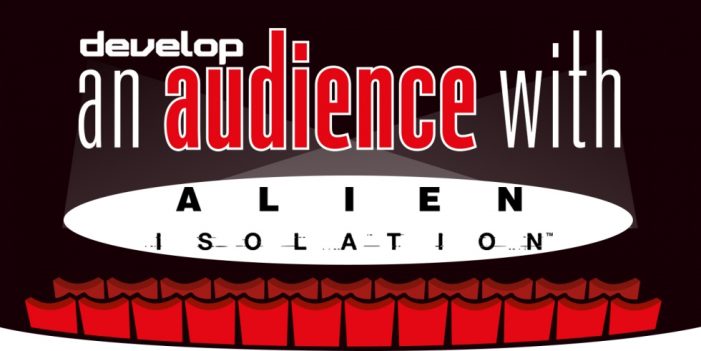 Develop’s An Audience with Alien: Isolation will take place at the Ray Dolby Theatre in Soho, London on Wednesday February 12th. We are also happy to reveal that AvPGalaxy will be attending and covering this event for those of you who can’t make it to the lecture.