FOX Digital Entertainment and Angry Mob Games have announced an official Facebook fan art contest in which fans can submit AVP-themed artwork for the chance to have their art featured within the game itself. Beyond the grand prize, winning entries will also receive the Alien-Predator Total Destruction DVD Collection. You have until 08/04/2013 to submit your entries. Further details about the contest can be found after the cut or at their official Facebook page. 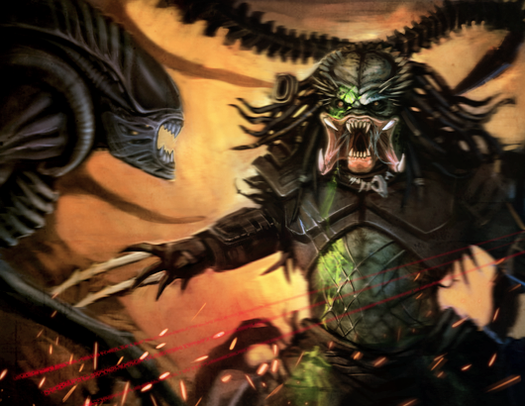 Entries will be judged on the following: