During this year, a number of fans were able to pick up a copy of an exclusive free Aliens: Colonial Marines Dark Horse comic that was available at some expos and game conventions. Written by Joshua Williamson with art by Patric Reynolds and a cover by Menton Matthews, the comic is a short story about two marines fighting back the Xenomorphs while trying to rescue a comrade. The story also ties-in with the upcoming videogame Aliens: Colonial Marines by Sega and Gearbox Software.

You can click on the image below to preview the comic. 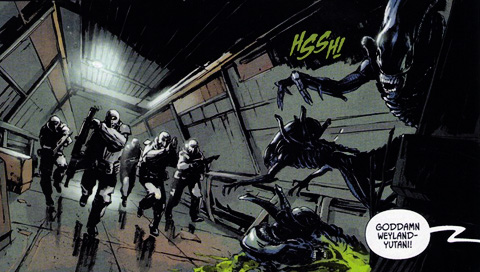 Thanks to SSj_Rambo for the images.