20th Century Fox has released a new preview clip from the Prometheus Blu-ray. This time showing Ridley Scott’s attempts at scaring the actors in a similar way that he did in Alien with the chestbursting scene. This time Kate Dickie (Ford) gets the scare a la Veronica Cartwright. 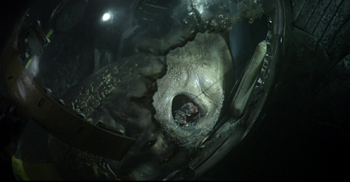