Another movie magazine, American Cinematographer, has a got a nice big feature on Prometheus in their July issue. There’s some new behind-the-scene shots and new production stills. Them most notable one is this one of Fifield. It looks like an alternative version of him, more alien-like in appearance. 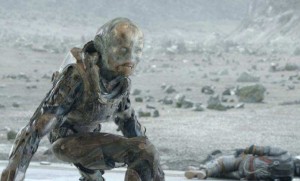 Thanks to seeasea and Gazz for the news.