Prometheus is featured as the cover story of two French magazines. First, we have May’s issue of L’Écran Fantastique. It’s a 53-page feature too and you can find low-res scans on the Journaux website. Hopefully we’ll have higher-res versions soon. The most interesting scan is this one which shows the Engineer’s biomechanical costume. Notice any similarities? 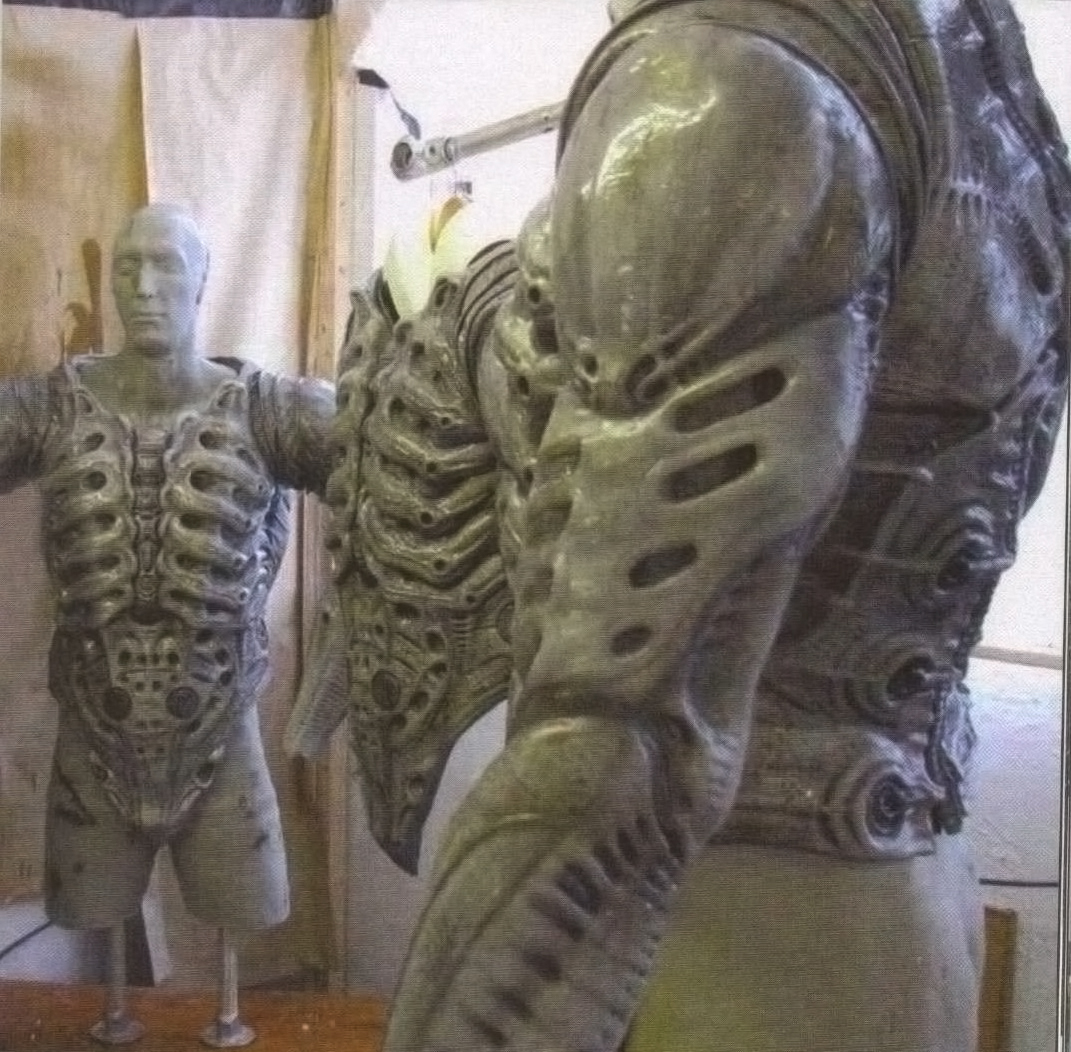 In another French magazine SFX, they have 3 pages of interviews with Arthur Max (production designer), Conor O’Sullivan (prosthetics supervisor) and Richard Stammers (Visual effect supervisor ). There are no scans as of yet but NGR01 has posted the main points. There’s a few quite interesting things. WETA did the effects on the alien creatures;  Ian Whyte played the Engineer for the scenes with the humans. They used a different actor for the Engineer’s face. Thanks to NGR01 and wmmvrrvrrmm for the news.

Update: A new HQ scan has been added. Thanks to 2fray2 for the picture.