Empireonline.com has revealed (and then removed) the cover of the May 2012 issue of Empire Magazine. The next issue, which will likely reveal a few new bits on the upcoming Prometheus film, will be in stores on March 29th. Click below to see the cover in full resolution.

In related news, Latino-review.com has posted up the first TV Spot for Prometheus which aired during last night’s season finale of AMC’s The Walking Dead. You can watch the video here or after the cut. 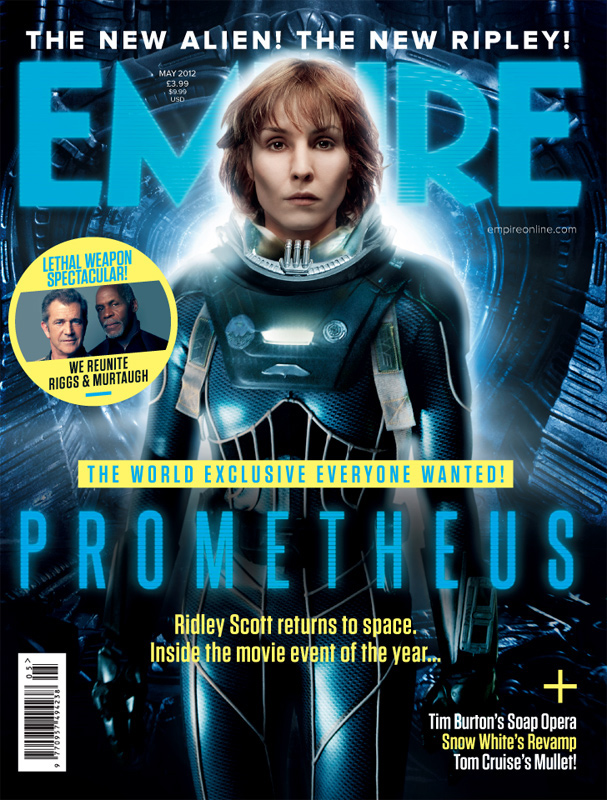