For the first time in almost a decade, an Aliens story will be featuring in Dark Horse Presents, it has been announced: 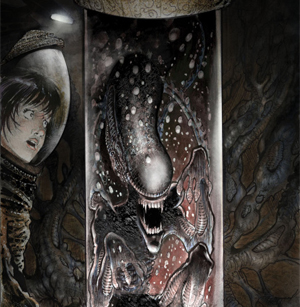 The story is written by John Layman and the artwork is being done by Sam Keith. It was also revealed back in July that these pair would be working on a new Aliens series. Whether this is related to that series is unknown at the moment.

Liam Sharp’s novella, Alien – Fast Track to Heaven, was also recently released. You can find that online or in your local comic shops. Look out for news of an upcoming 2nd novella.