Steam has finally put Aliens Colonial Marines up in the store for public view. You can’t pre-order the game yet but you can put it in your wishlist. There are also a few screenshots available as well as the recent cinematic trailer. Other details from the Steam page, include: 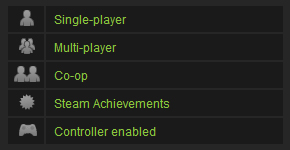 Despite what Steam says about the release date for the game, Sega and Gearbox have recently confirmed that it won’t arrive until Fall/Autumn 2012.